When it comes to disabilities, there is always a lot of discussion about what accommodations should or can be made for people who have them. In some cases, animals are necessary helpers for those with specific needs. An autistic man in England is in a legal battle over his assistance cat, Chloe. While the case is still ongoing, it raises some important questions about the role of animals in assisting those with disabilities. While this case is in the United Kingdom, the same issues face Americans and their assistance animals. Read more about Ian Fenn and his cat Chloe below via Sky News.

A man with autism has launched legal action against Sainsbury’s for denying entry to his assistance cat. Ian Fenn, 51, relies on Chloe, 12, to face the world every day and stop him feeling “overwhelmed”. But Mr Fenn was left “upset” and “trembling” after he says he was ordered out of a branch of the supermarket in Clapham Common, south London, which knocked his confidence.

Mr. Fenn is understandably upset by this situation and we hope that a resolution can be found soon. Chloe is his faithful companion and has been for many years. She provides him with the support he needs to face the world. The supermarket chain, Sainsbury’s, welcomes assistance dogs but denies access to cats on the grounds that they could pose a hygiene risk. And it’s clear that Mr. Fenn takes great care of little Chloe. It’s our hope that Sainsbury’s sees how important Chloe is to her owner and make an exception to their no-cat policy. What do you think? Should assistance cats like Chloe be allowed in supermarkets? Let us know in the comments!

A Cat Towel to Brighten Your Kitchen 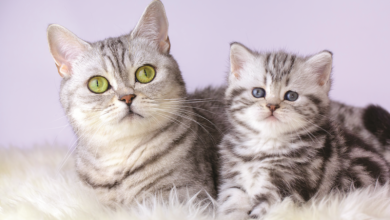 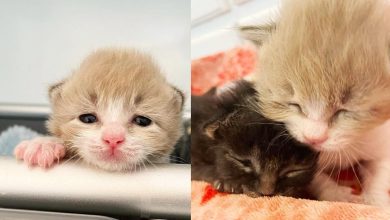 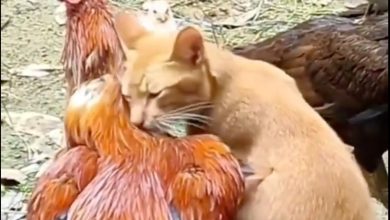 An Unlikely Friendship Between A Cat And A Chicken 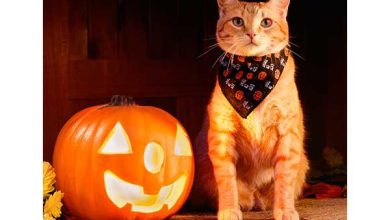