These kittens turned into the cutest kitty choir and befriended a dog after arriving at a home for a better life. 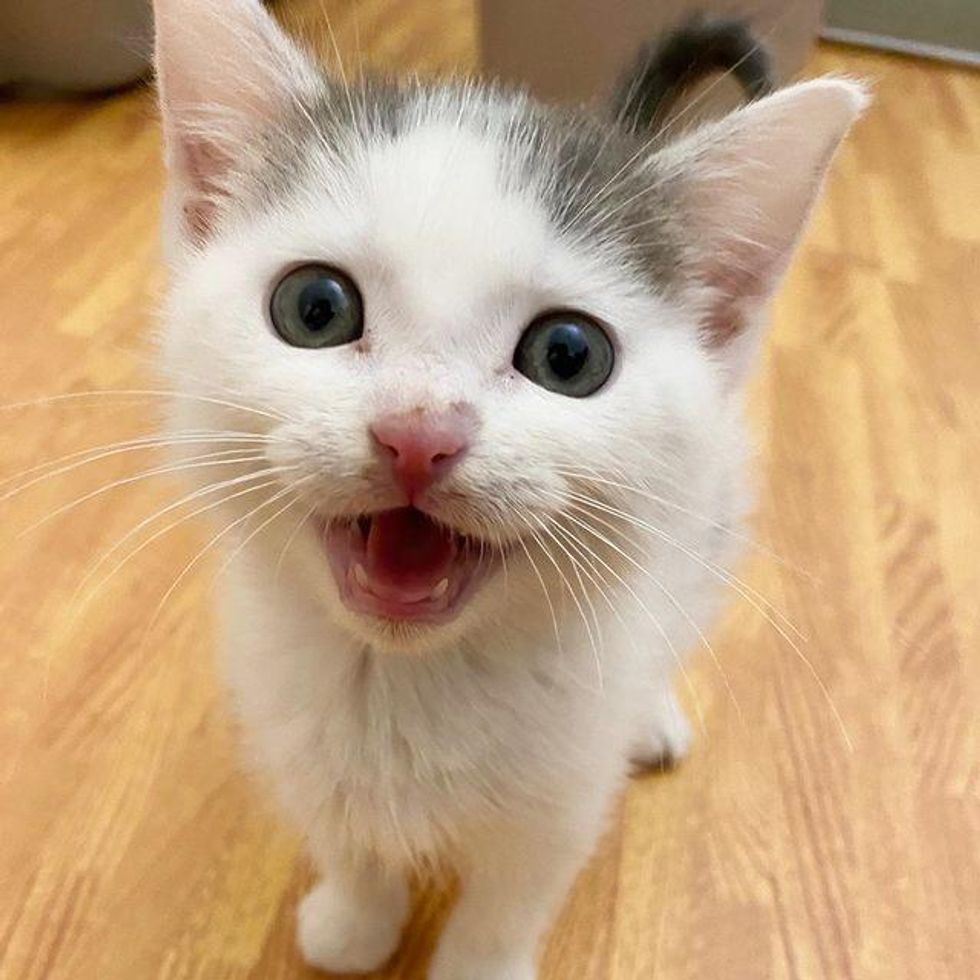 Two litters of kittens were transferred from a shelter in West Virginia to Animal Welfare League of Arlington, needing foster care.

Asa, a volunteer of the rescue, opened her home to the kittens so they could have a comfy, spacious room to themselves. “They all came to the shelter at the same time, so I brought home both litters,” Asa told Love Meow.

The two black kittens are brothers, while the other three are siblings from a different mom. They immediately hit it off when they first met. 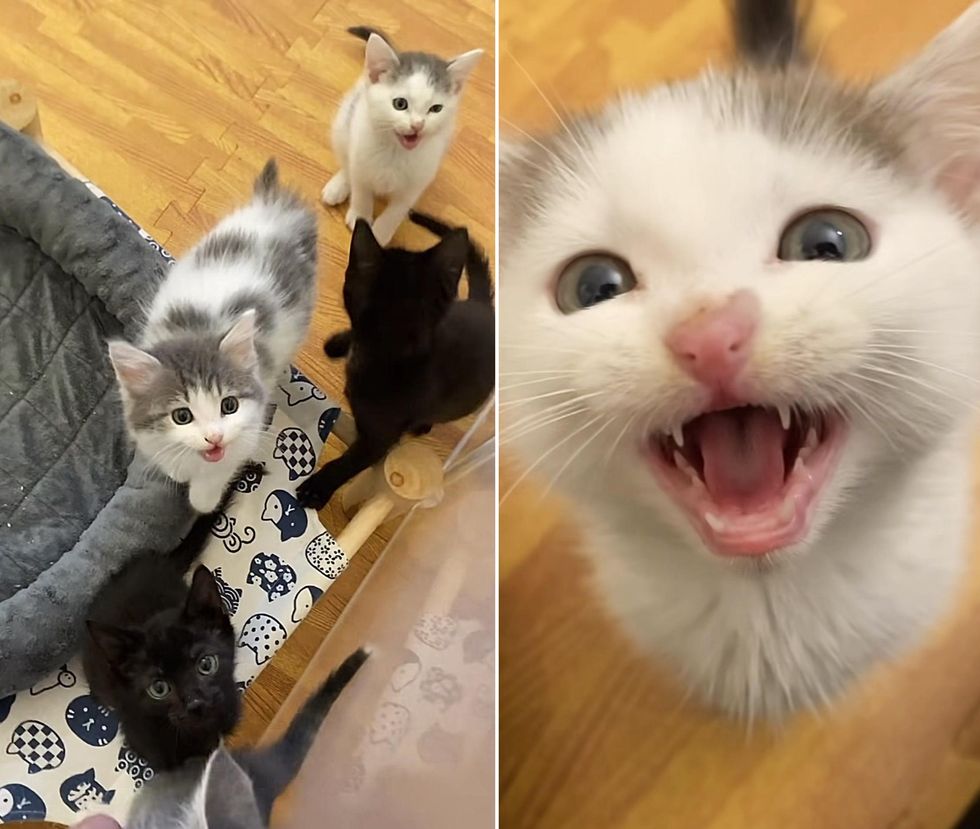 They have a lot to say especially in the morning@shibuyarollcall

Jesse (grey tabby), Chloe (grey and white) and Donald (grey and white) were confident, friendly and incredibly chatty from the start. Bumper (black) and Benji (black) were a bit shy, and followed their new siblings around, feeding off their courage.

With these kittens, mornings at the residence are no longer quiet. “They are quite the vocal bunch. They made themselves right at home, bouncing around the foster room and playing with all the toys in sight.” 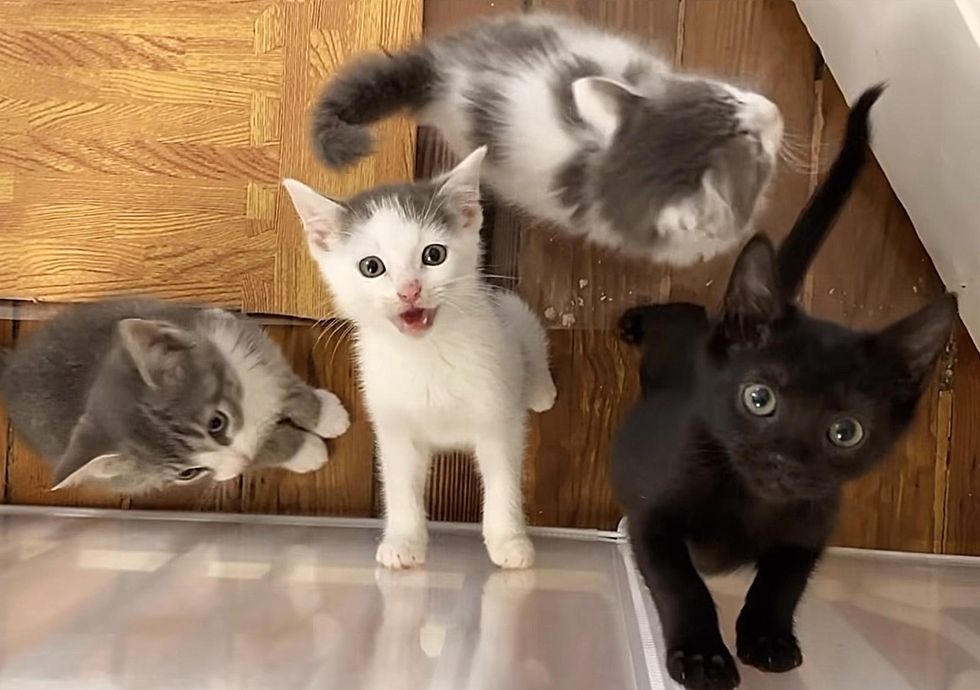 One after another, the kittens have found their favorite napping spot on Asa’s lap. They will purr up a storm and drift off to sleep together.

Jesse, Chloe and Donald are the loudest talkers. Bumper and Benji have joined their choir in the morning, “singing” for food in a medley of meows, squeaks and chirps. 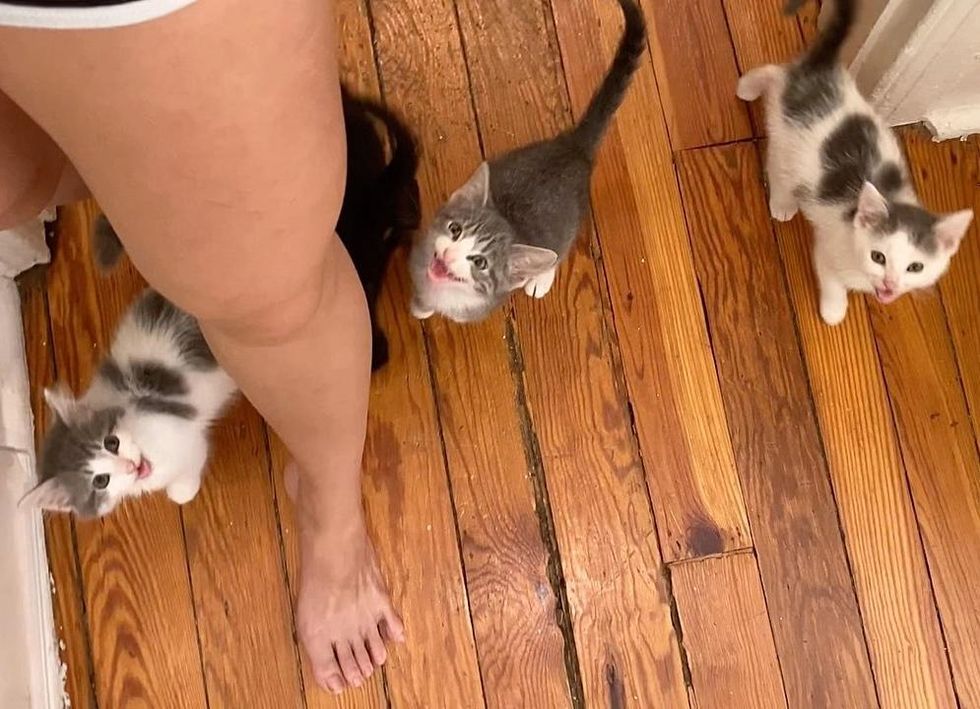 Breakfast is never served fast enough for these kittens@shibuyarollcall

“Bumper and Benji still have ‘stranger danger’ but once you earn their trust and they get used to you, they’re snuggly little purr machines that just want to be pet.”

Asa’s cat-loving resident dog, Kona, was ecstatic from the moment she heard the little newcomers. She patiently waited for a proper meet-and-greet with the kittens. 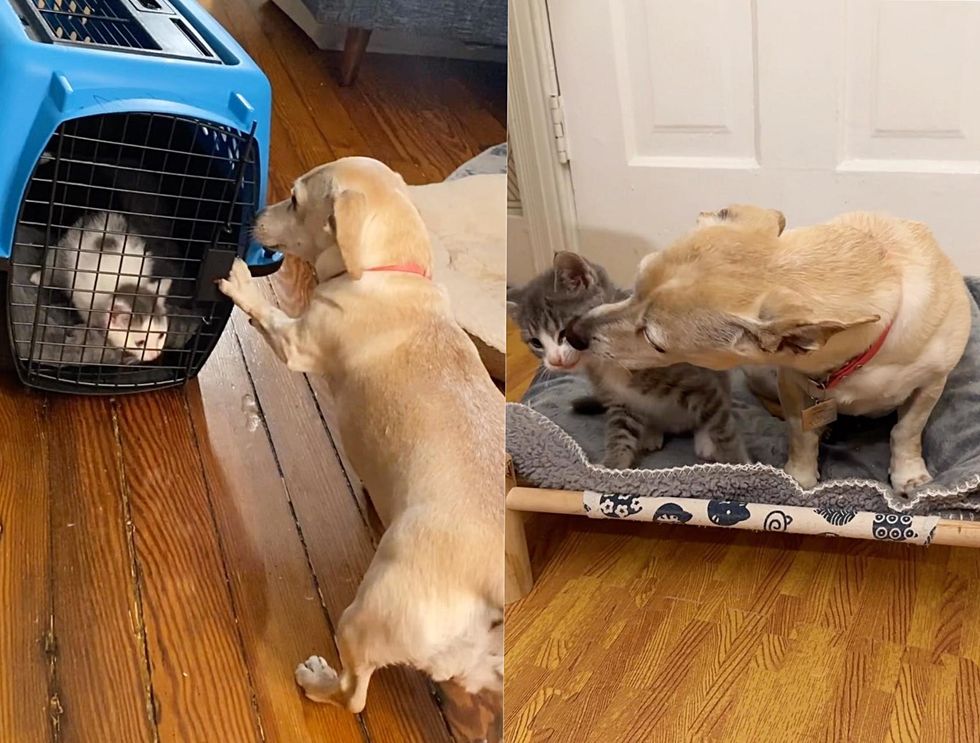 Kona was smitten with her new kittens@shibuyarollcall

Kona who found Asa as a rescued dog momma, has helped many fosters over the years. Nothing makes her happier than doting on kittens and smothering them with hugs and kisses.

When the littles were ready to meet Kona, they were a bit wary of her at first, but Kona didn’t mind the hisses and gave the kittens time to warm up to her.

Jesse was the first to approach Kona and share a nap with her in her arms. 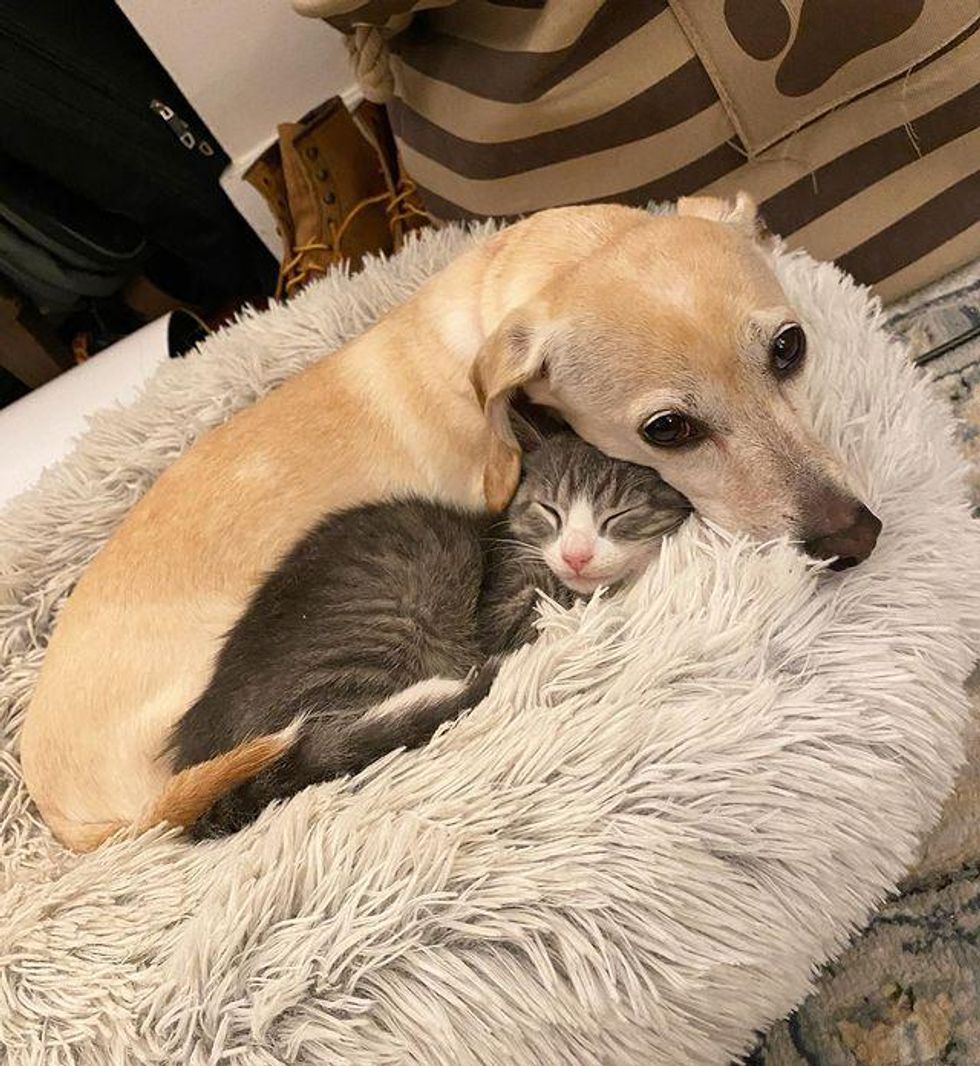 Kona was over the moon having Jesse by her side. She wrapped her arms around him, embracing the moment in full.

“It took a few days before they all started approaching her and playing with her, but now they love hanging out with her during the day,” Asa shared with Love Meow. 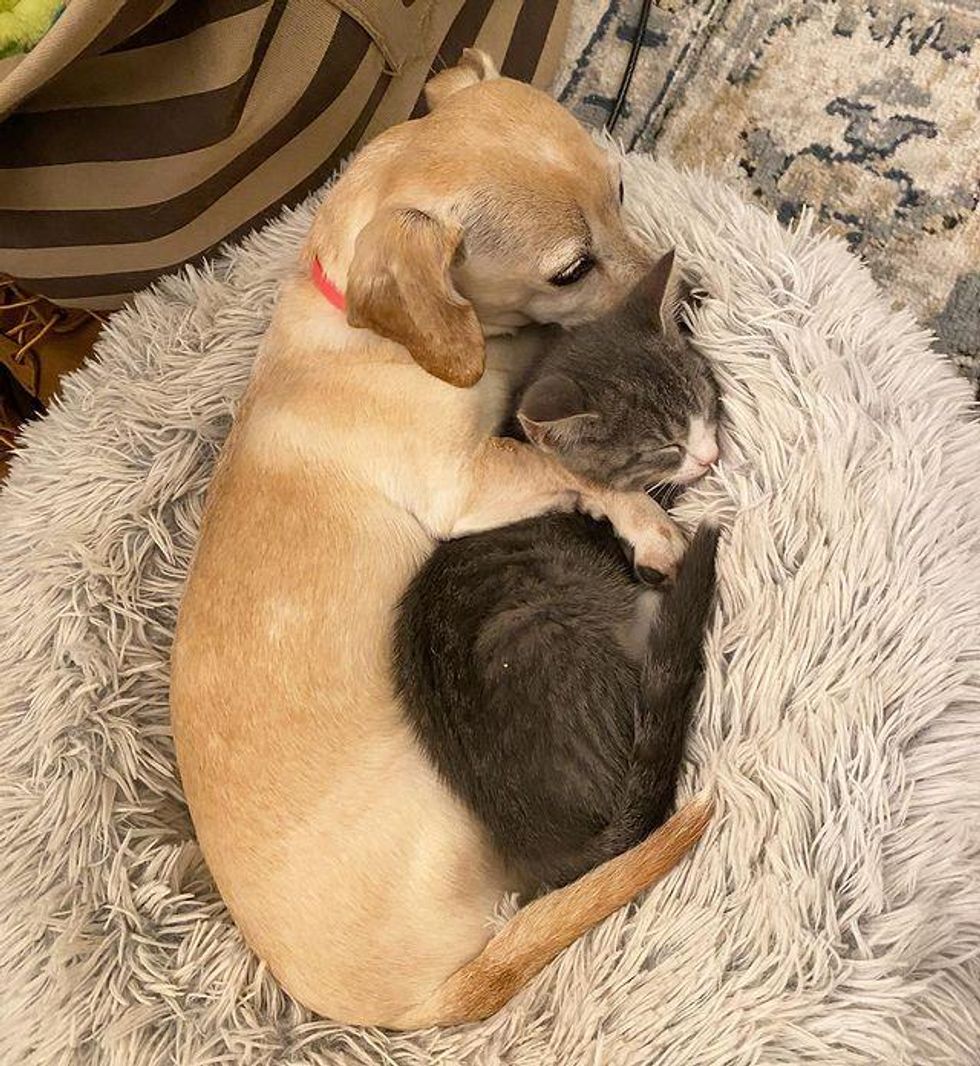 Mornings at the residence are filled with meows and purrs, and there is never a dull moment. Asa wakes up to all five kittens demanding breakfast and vying for her attention.

Kona has now joined the morning routine to make sure that the babies are tended to. 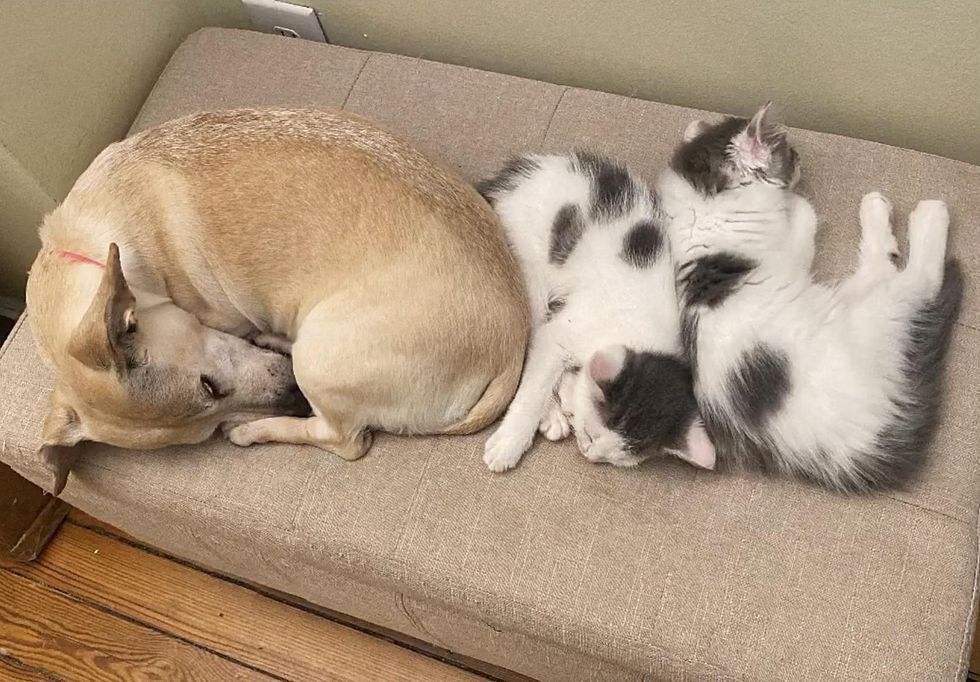 Soon the other kittens also warmed up to her@shibuyarollcall

The kittens are growing by leaps and bounds and will soon be ready for adoption.

Jesse is the most independent of the bunch, Bumper and Benji share an adorable bond, and Chloe and Donald make a sweet pair together. 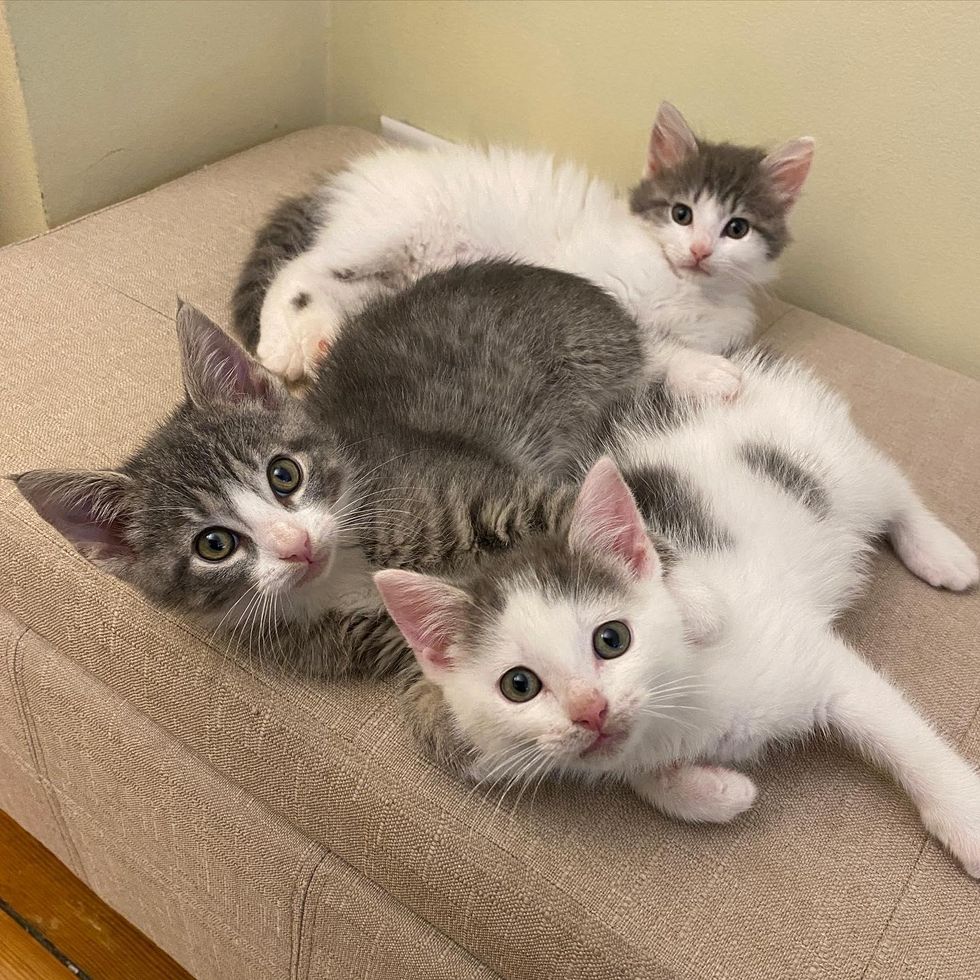 These precious younglings have flourished into boisterous, brave cats with loud voices and big personalities. Kona is so pleased to be part of this adorable patchwork family and continues to love on them each day. 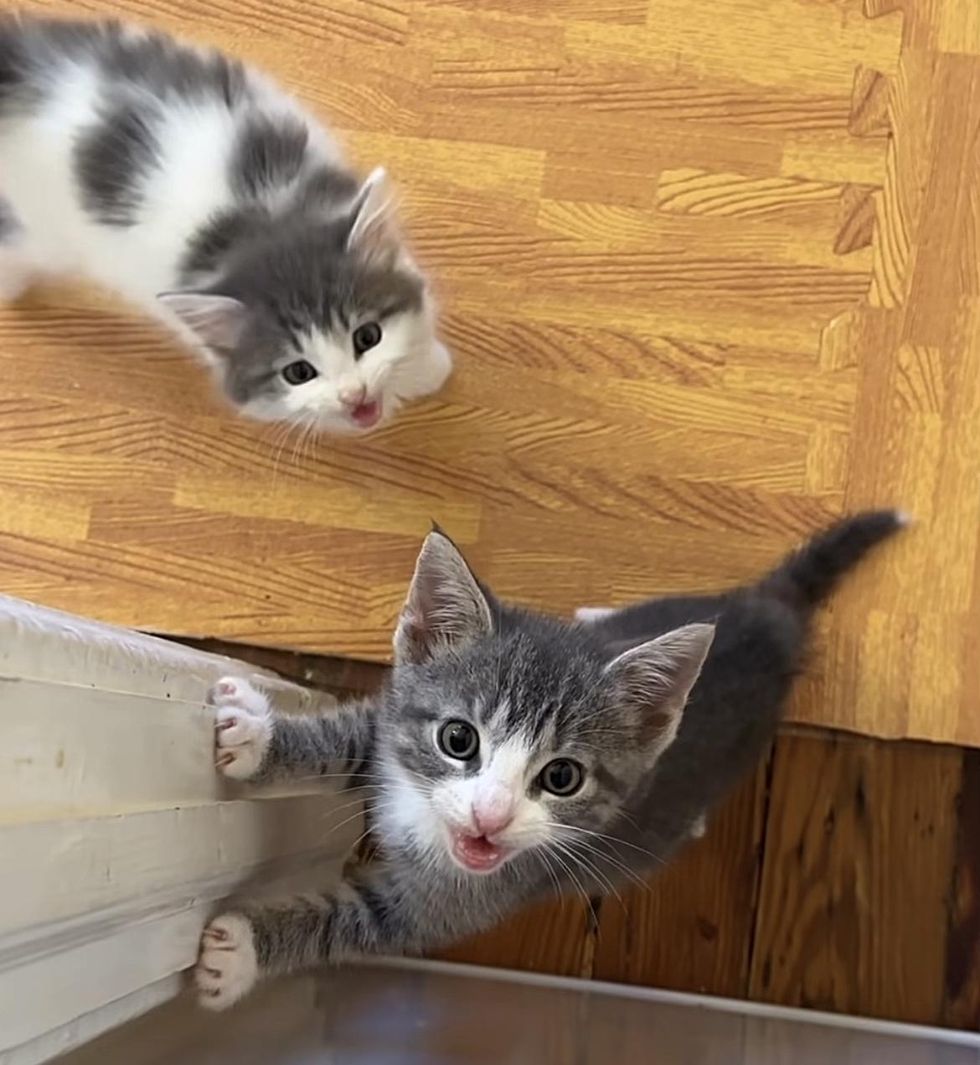 Related story: Kitten Who Has Been Wandering Outside, Runs Toward Woman Who Changes Her Life Completely

What Animal Were You In Another Life?