A man stopped to help a lone stray kitten in the middle of the road but ended up being chosen instead. 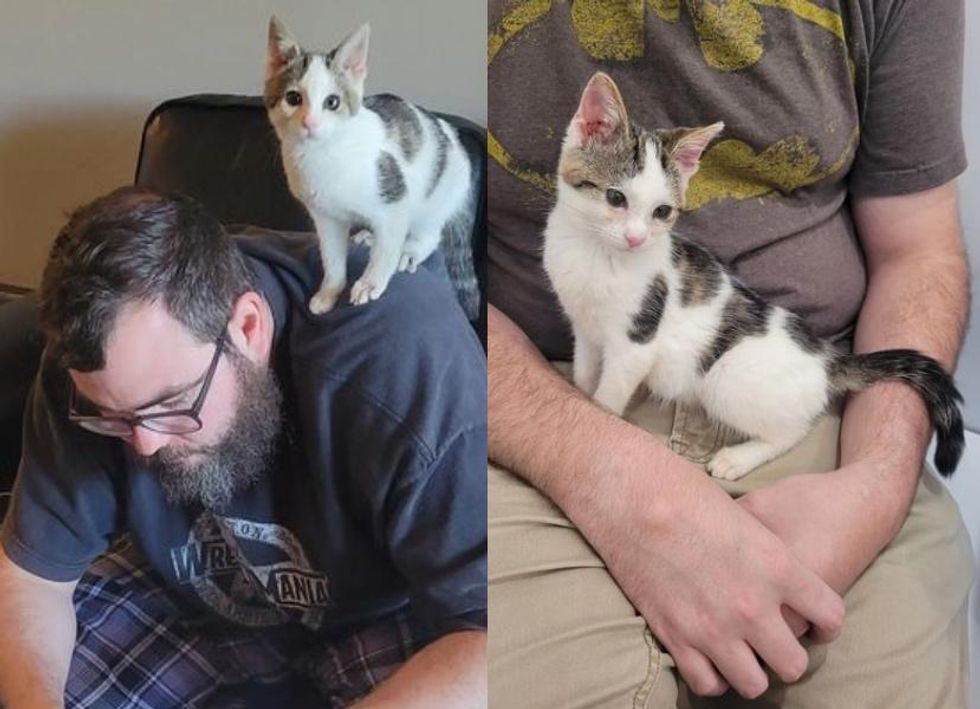 Stinky Kevin the kitten and his rescuer Tyler@stinky_kevin

Tyler Wood, a comedian, was on his way to a show when he spotted a stray kitten in the middle of the road, all alone.

There were no other cats or kittens around. He saw the starving little one scavenging for food, but the only thing the kitten could find was roadkill. Tyler couldn’t leave him in such a deplorable condition, in the middle of busy traffic.

He pulled over his vehicle and was able to get the kitten to safety. 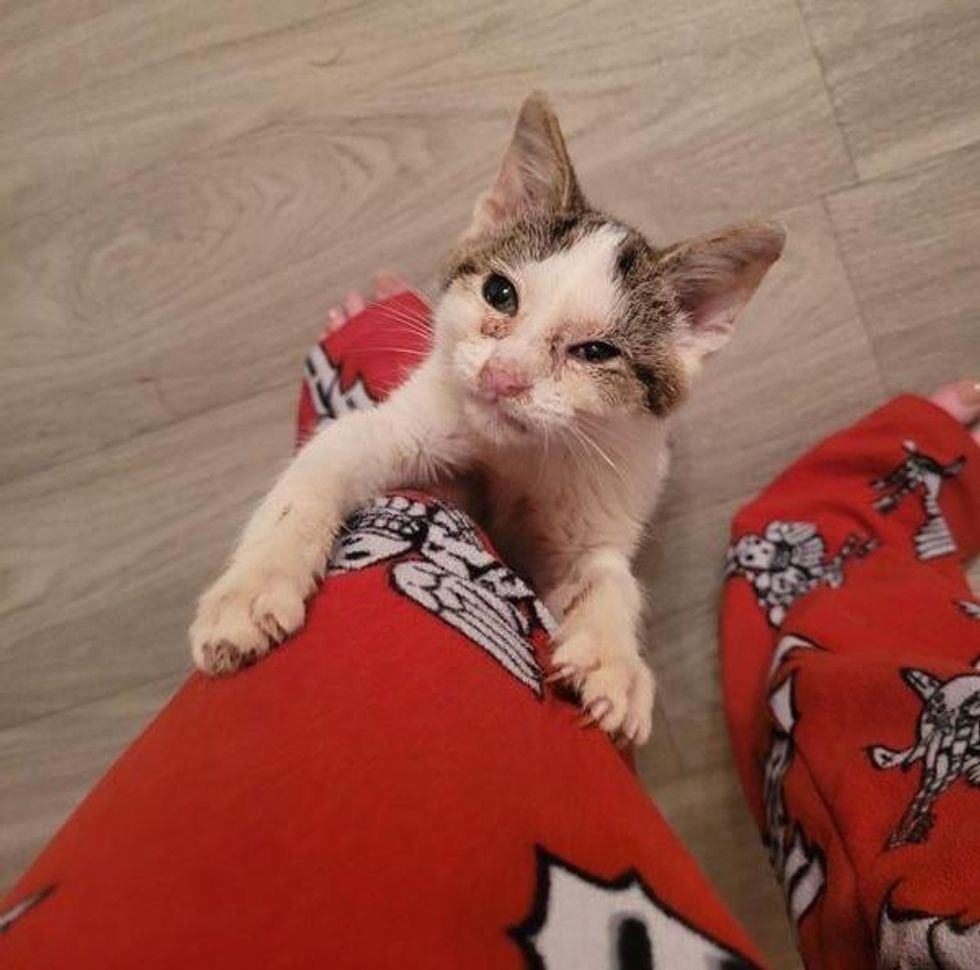 “He was at risk of being hit by a car, so Tyler wrapped him up in a blanket and took him home,” Erin Mac, Tyler’s girlfriend, shared with Love Meow.

The kitten was just skin and bones, covered in filth and reeked of smell. Tyler called his girlfriend who was out of town at the time, about the feline buddy he had just rescued and named Stinky Kevin. 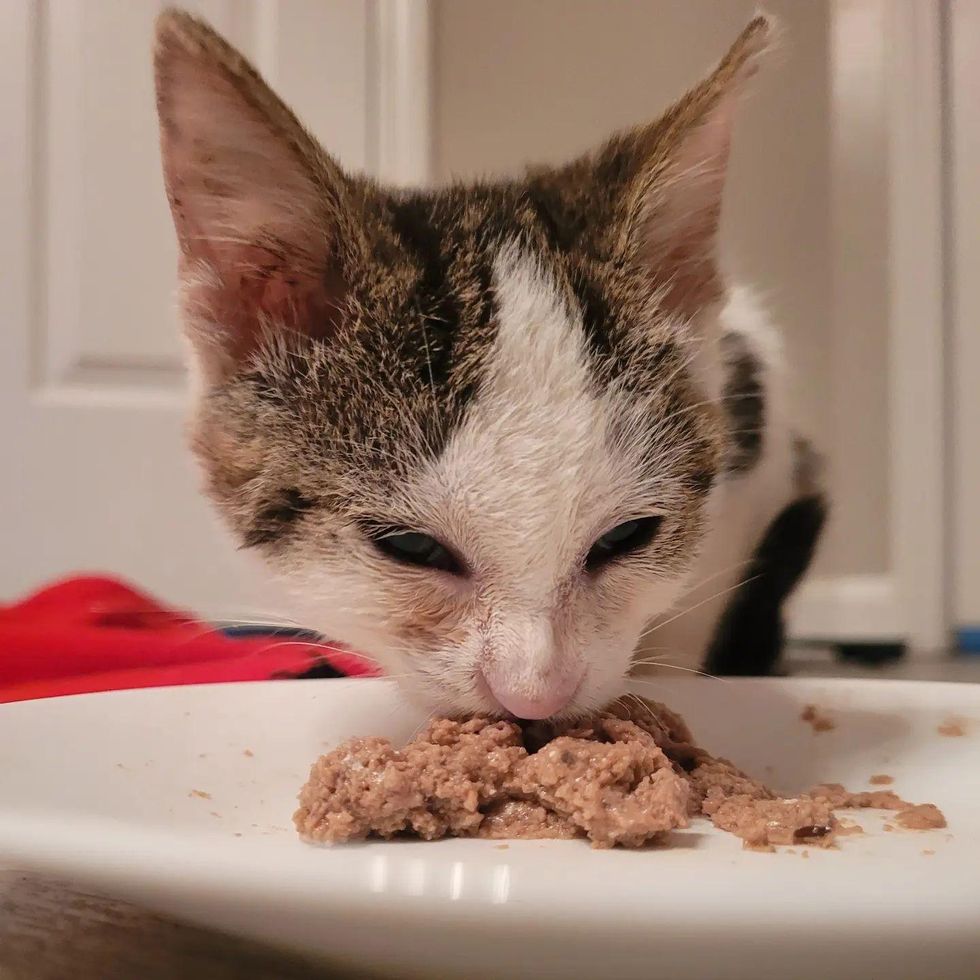 “We call him Stinky Kevin because when Tyler found him, he was very stinky until he got a bath. He’s named after Kevin McCallister from Home Alone.”

Kevin was an instant love-bug to his rescuer and kept his purr motor running the whole time. He seemed so relieved to be found and that he would never have to spend another day outside. 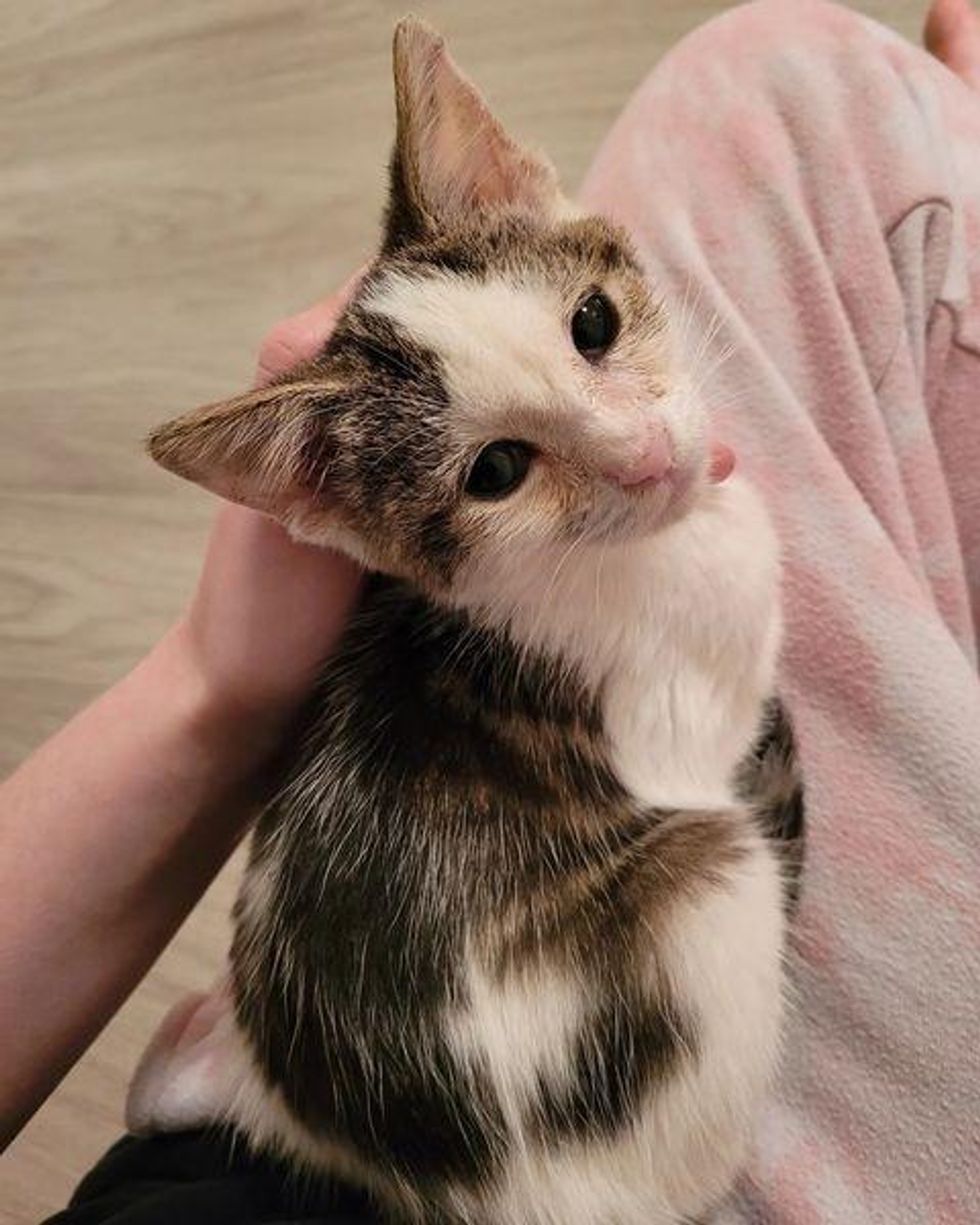 The kitten scarfed down as much food as his tummy allowed, and snuggled up to his human for some pets and TLC.

The couple took the kitten to the vet and got him the medical care he desperately needed. While waiting at the vet’s office, Kevin curled up in Tyler’s lap and was content as could be. 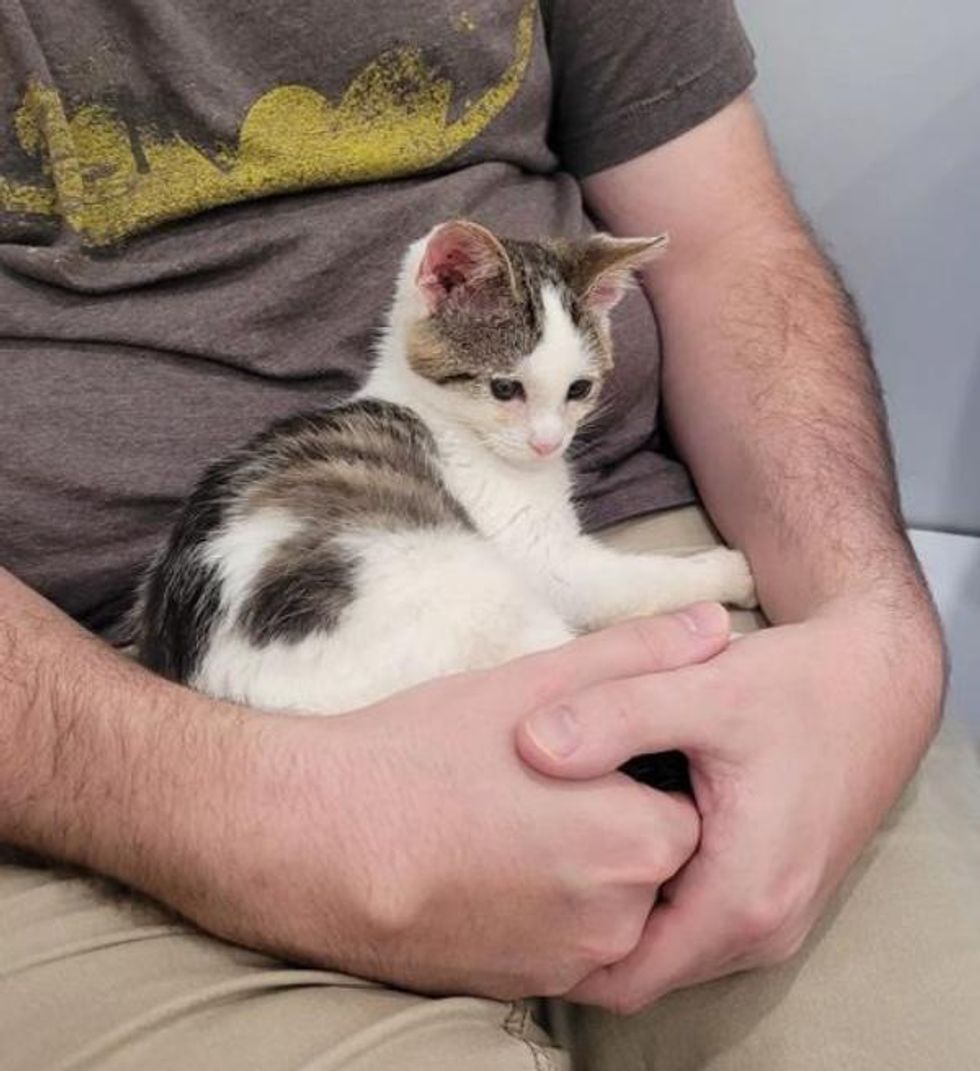 “He had no family around. He was immediately extremely friendly and cuddly. We knew we had to keep him.”

Over the next few weeks, Kevin continued to heal in the comfort of his forever home. The couple gave him a quiet space to recover and slowly introduced him to the rest of the apartment. 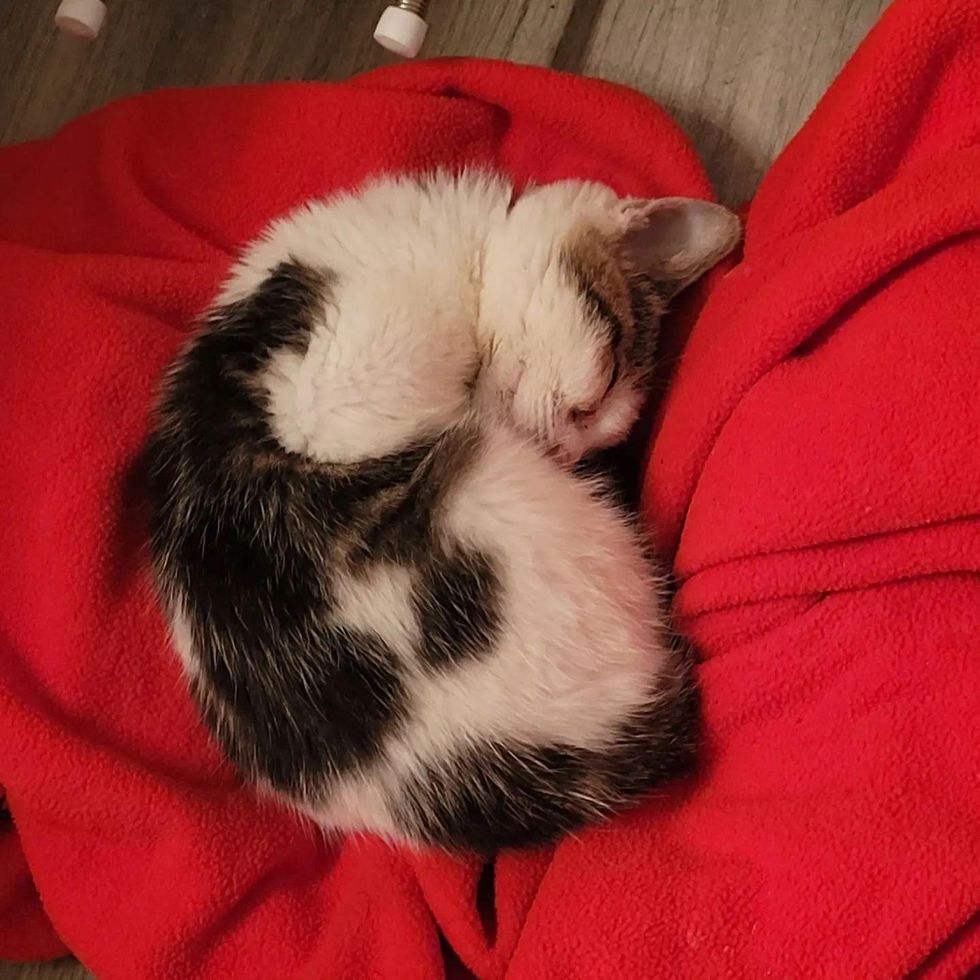 Kevin’s face cleared up, his need for cuddles multiplied, and his energy level soared. He discovered the joy of being babied in his humans’ arms, and insisted on being held whenever he’d like.

Nothing makes him happier than cuddling with his people, soaking up the love. 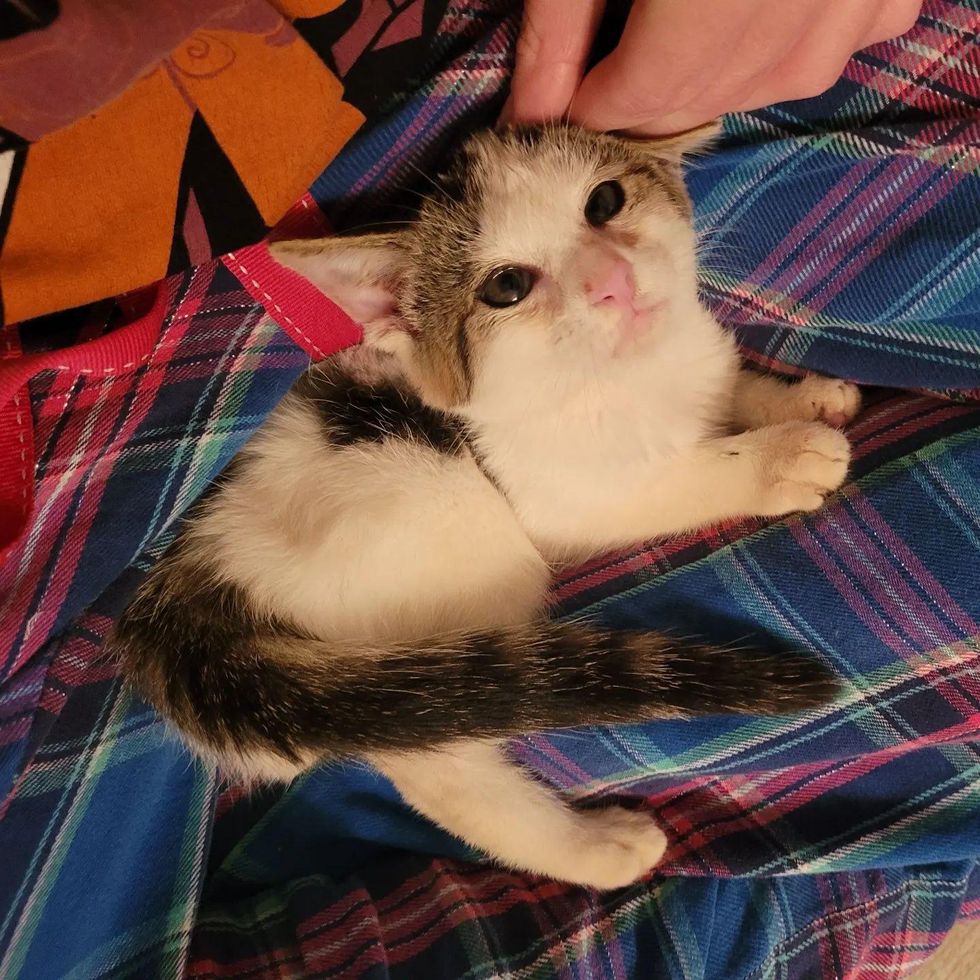 Kevin has turned into a professional lap cat and a parrot kitty (shoulder cat), and always wants to know what his people are up to.

He has never met a stranger and is incredibly friendly to everyone he comes across. Whenever there is a guest over, he’ll gift them snuggles and purrs. 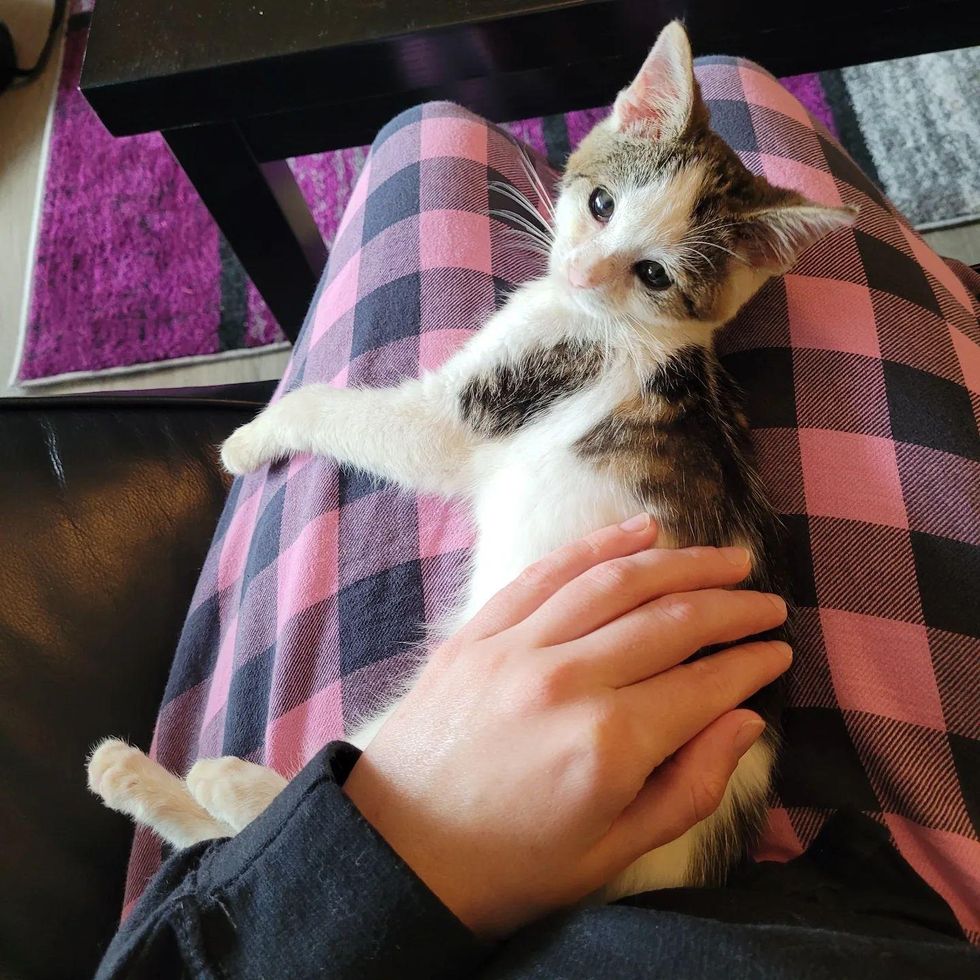 “He will cuddle with people but is also very hyper and will chase toys around for hours,” Erin told Love Meow.

“When someone uses the toilet in the bathroom, he always wants to sit on their lap. He’ll flop over on the ground next to you and want you to rub his belly.” 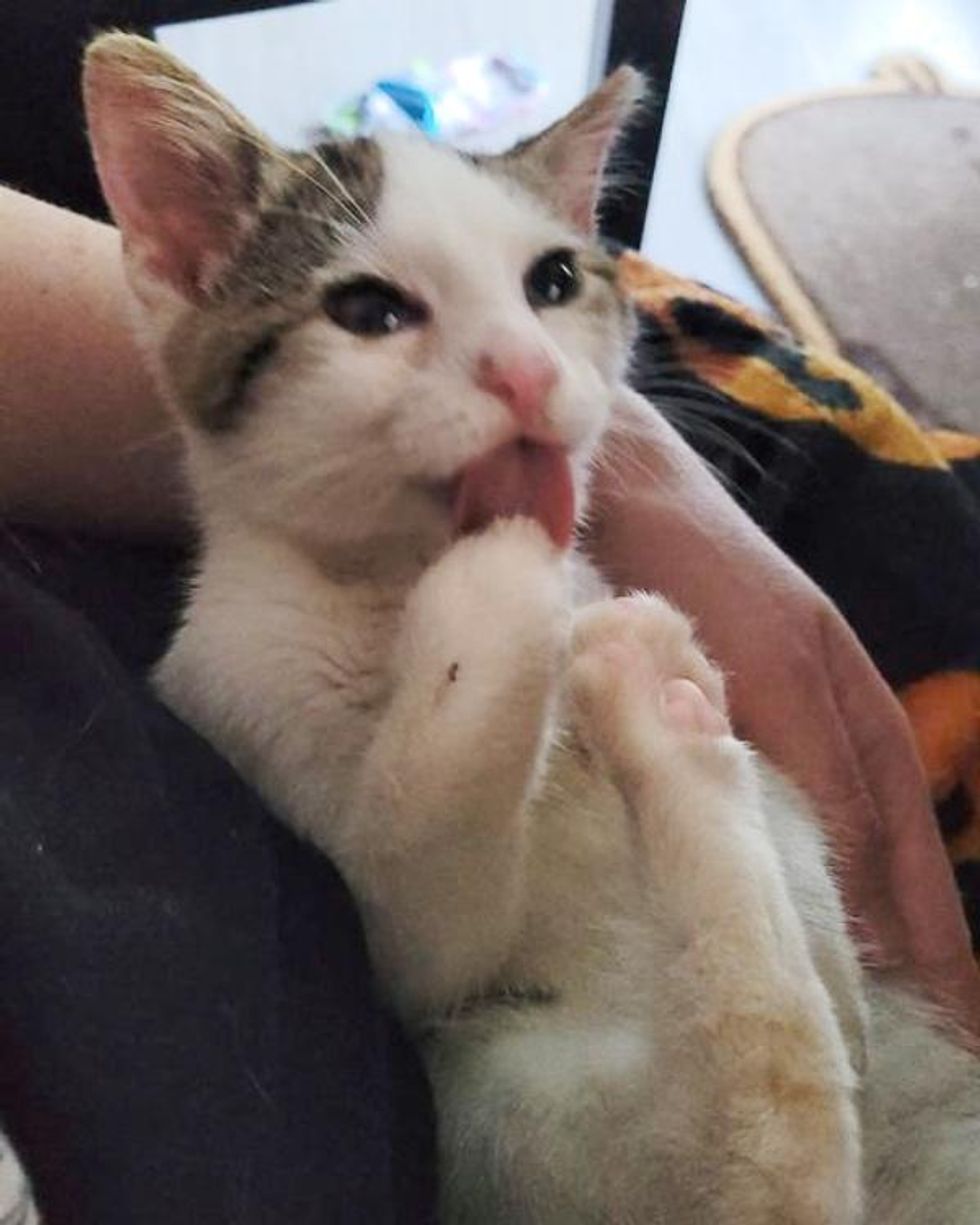 Kevin enjoys being babied at all times@stinky_kevin

Kevin is a chatty boy and isn’t shy of sharing his many opinions. “He will meow constantly if you are not paying attention to him.” 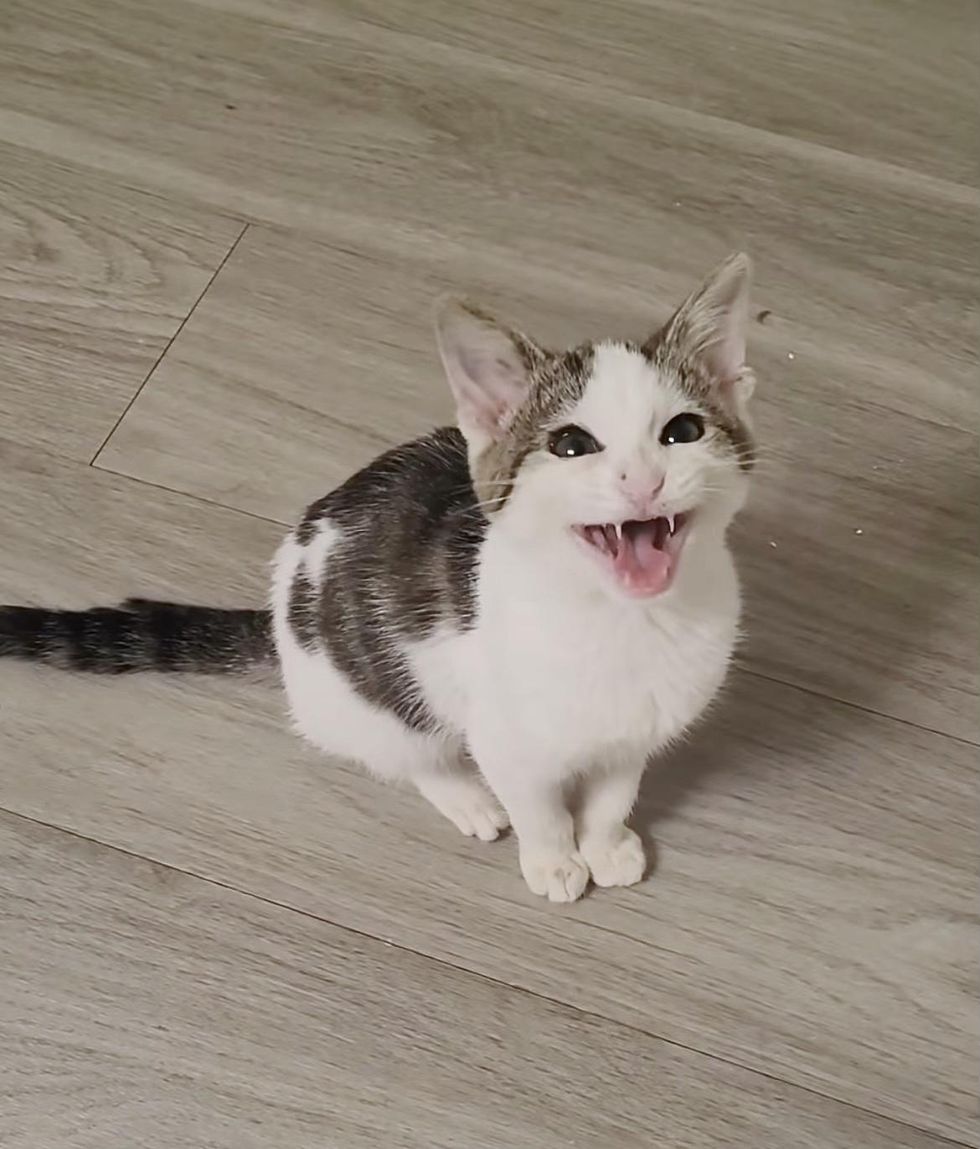 He has a lot to say@stinky_kevin

After having to fight for his life in the outdoors, Kevin can finally relax and enjoy the luxuries of his forever home. He is now living each day to the fullest without a care in the world. 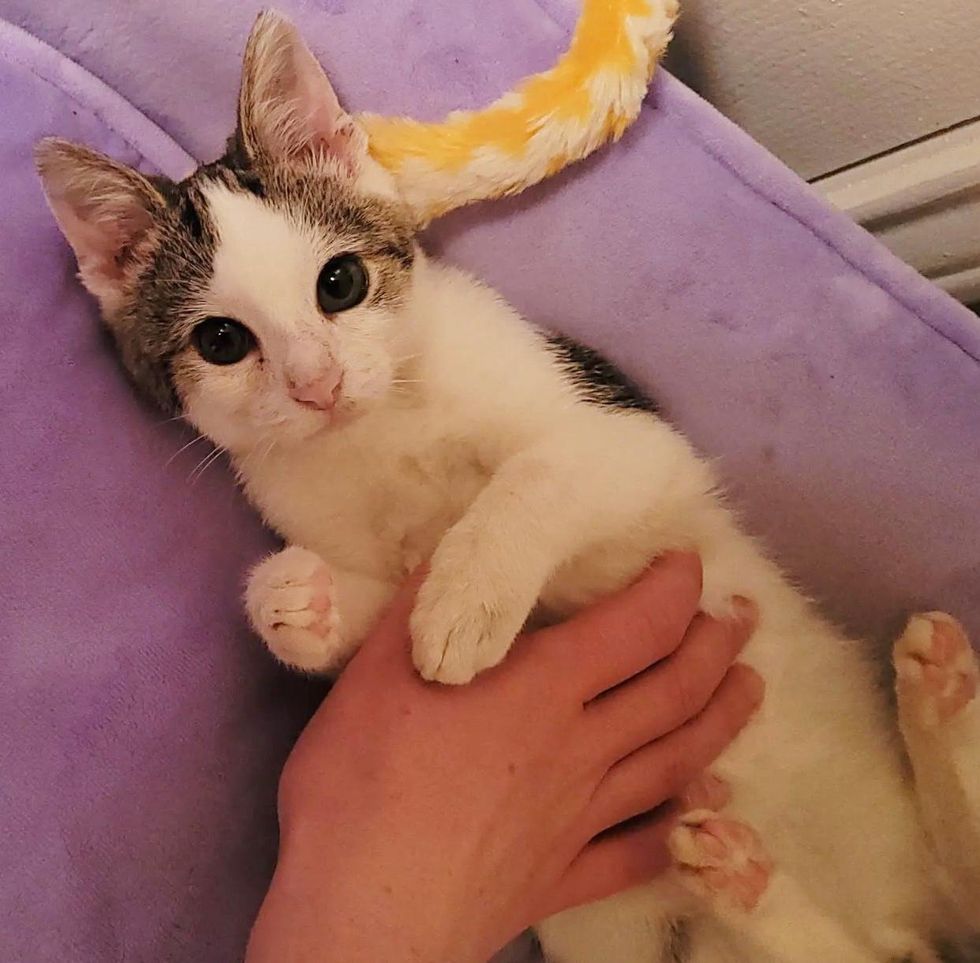 Related story: Woman Bikes Home with a Kitten in Her Backpack After They Crossed Paths at Intersection

What is the Impact of Cats on Local Wildlife? The Surprising Answer!

Generating Unique Identifiers Based on Timestamps in Distributed Applications