A cat who was seeking affection from everyone, found his way onto people’s laps at an office. 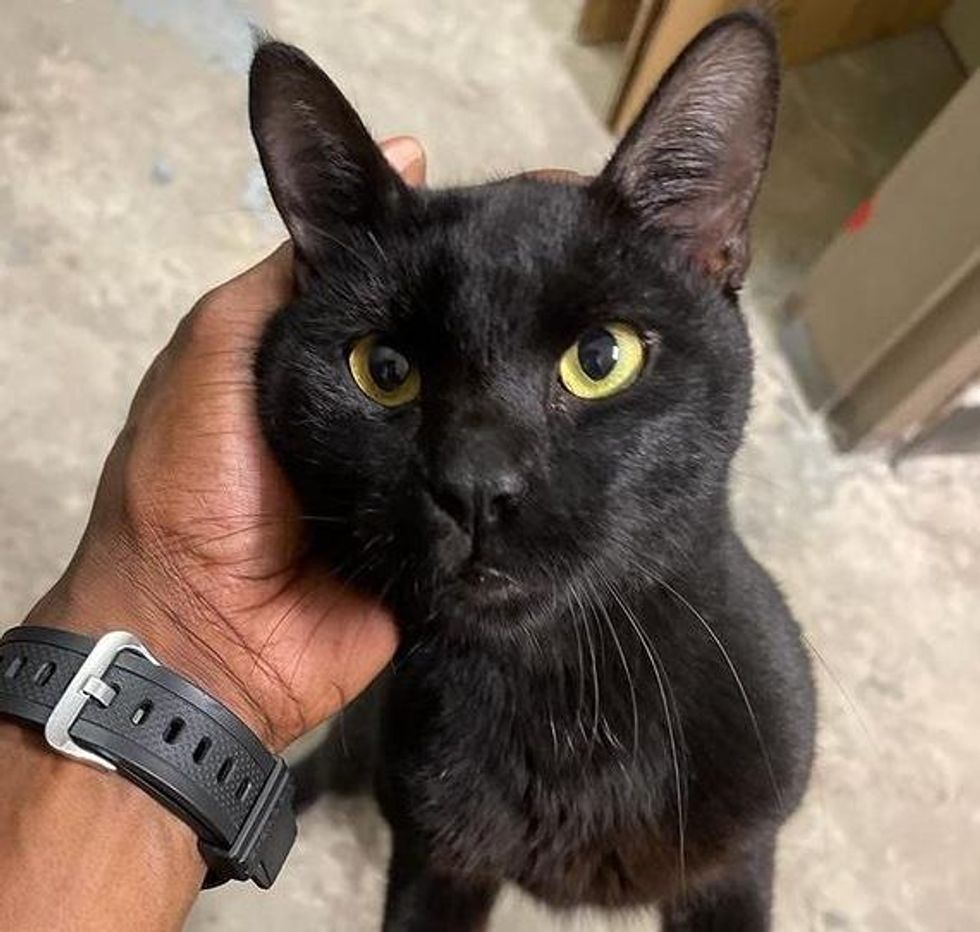 A young cat was spotted wandering outside with injured paws in the Bronx, New York. He continued to seek attention from people and hoped someone would take him in. It was clear from the start that he didn’t belong to the tough street life.

Little Wanderers NYC volunteers rushed to the scene and was able to bring the sweet panther kitty to safety. “We thought he had a broken foot, but turns out, he was hit by a car that left him with two broken front legs,” Little Wanderers NYC shared. 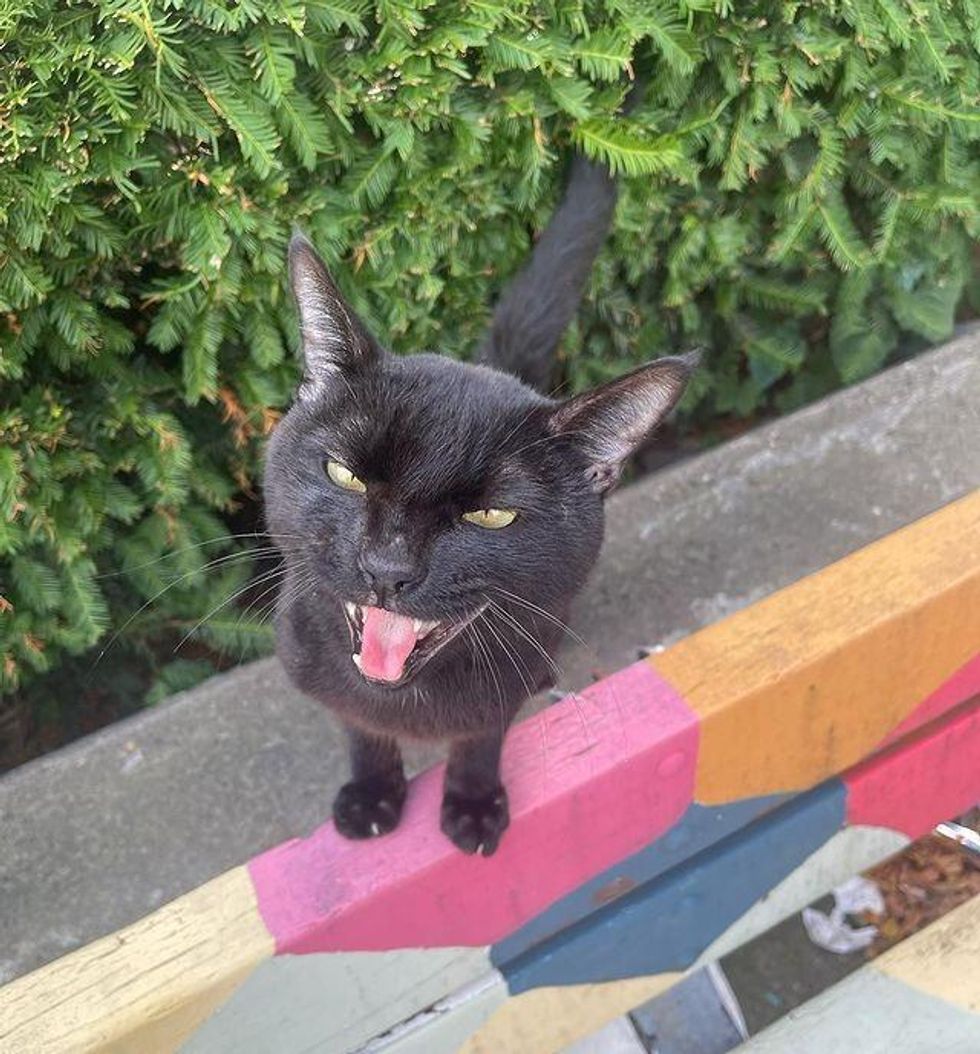 He was found outside as a stray@littlewanderersadoptions

Nothing seemed to hinder Mr. Panther from demanding attention and pets. As soon as he was brought indoors, he scarfed down a full plate of food and then walked up to his rescuers for affection and head scritches.

He felt so comfortable and content having a roof over his head knowing that he would never have to step foot outside to fend for himself again. 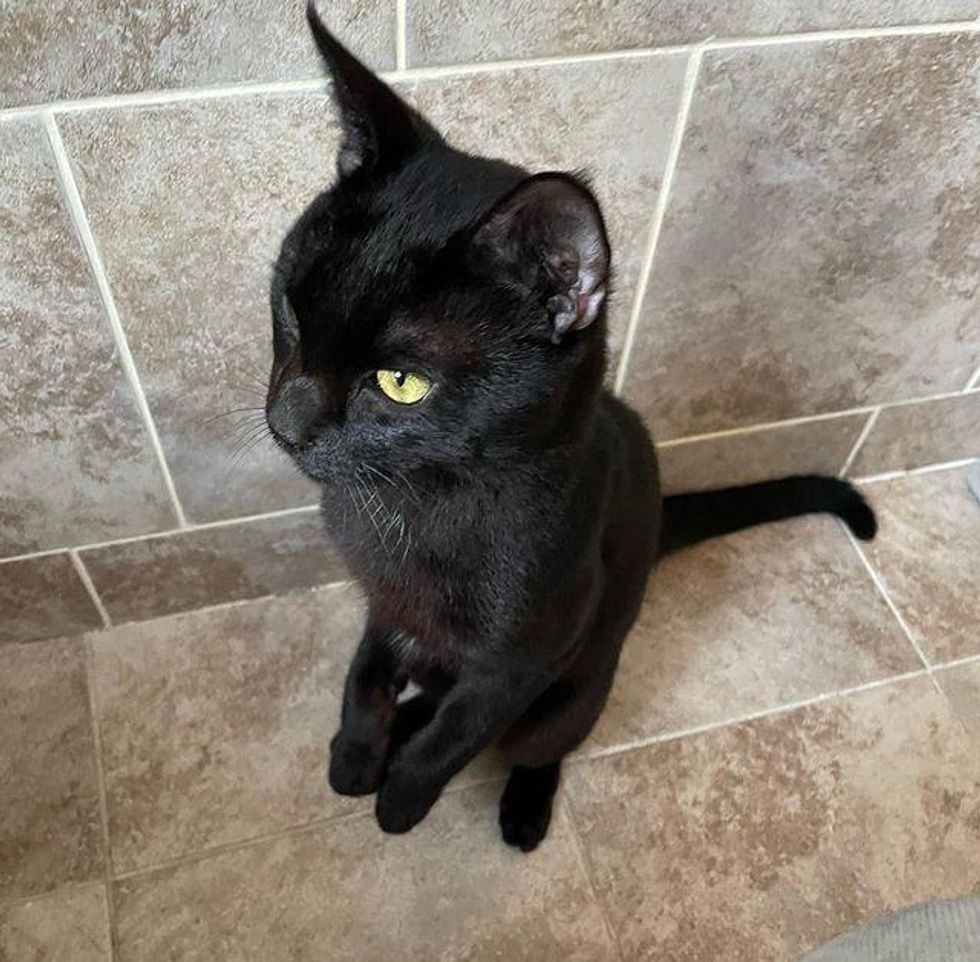 Mr. Panther would purr up a storm and rub his face on his humans, vying for their attention. He was very snuggly from the start and just wanted to be doted on all day long.

He settled into his temporary living arrangements and lay down on a rug for a nap, catching up for lost sleep. 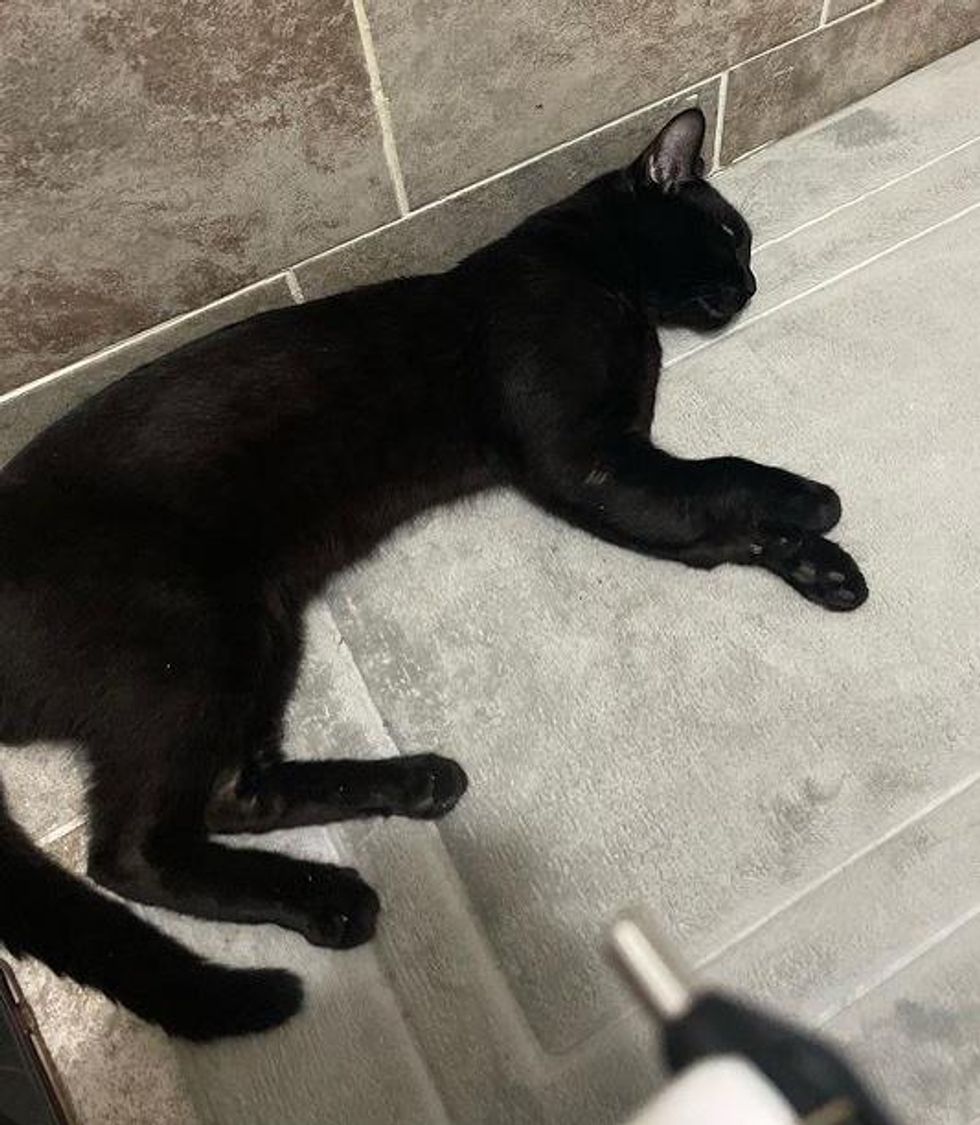 Since his injuries had healed, Mr. Panther didn’t require surgical intervention and was prescribed plenty of rest and TLC.

A foster volunteer brought him to their office filing room so he could have a safe place to stay and many people to cuddle with, while they continued to seek a long-term foster home or an adopter for the deserving boy. 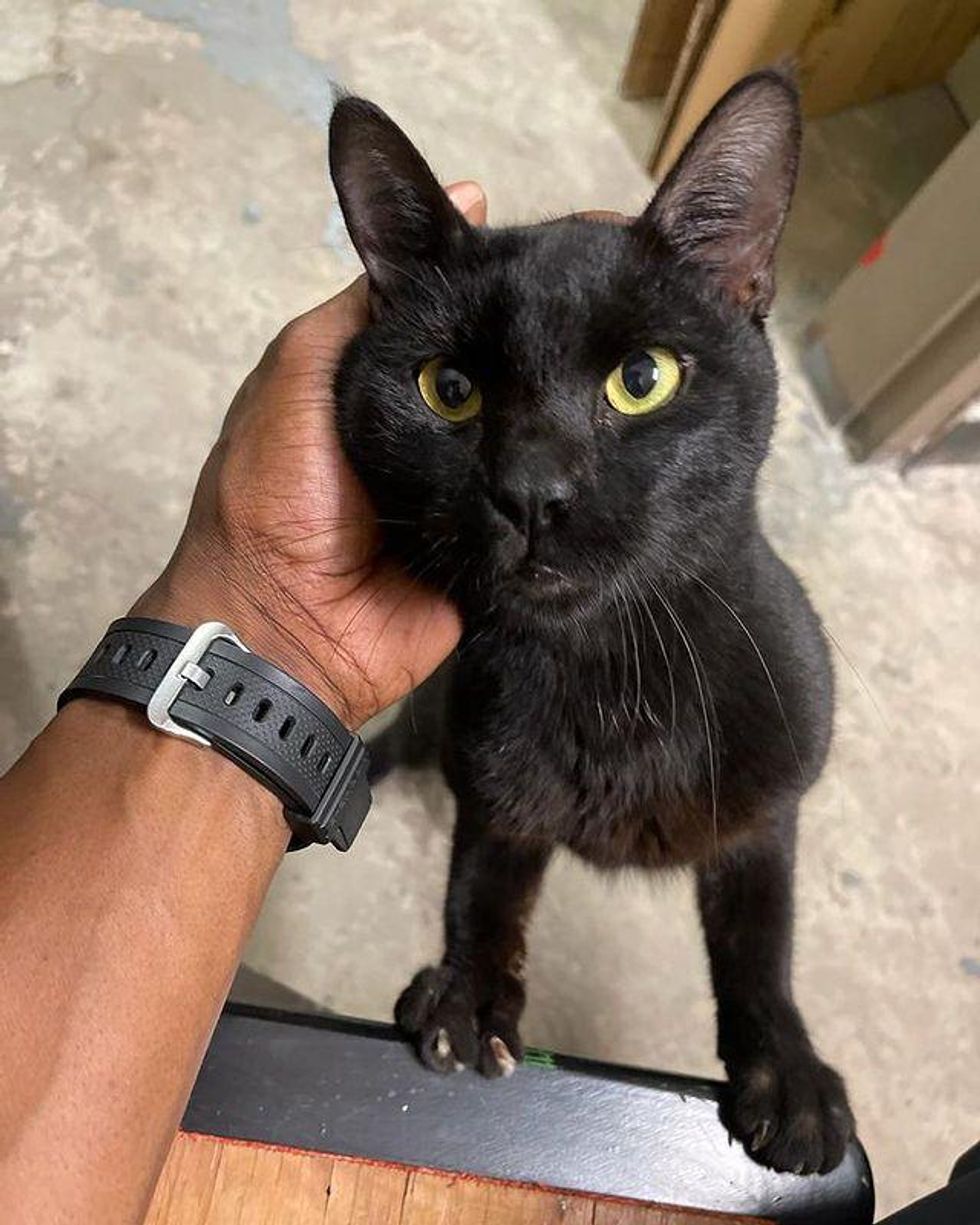 “He gets along perfectly with his office coworkers. His morning routine is running to greet them when the office opens, and snuggling on their laps during the day. It’s all in a hard day’s work for Mr. Panther,” the rescue shared.

Watch Mr. Panther the cat in this cute video:

“He loves interactive toys like his floppy fish and chirpy bird. He’d love to get some real work life balance by living in a home where he can have more companionship.” 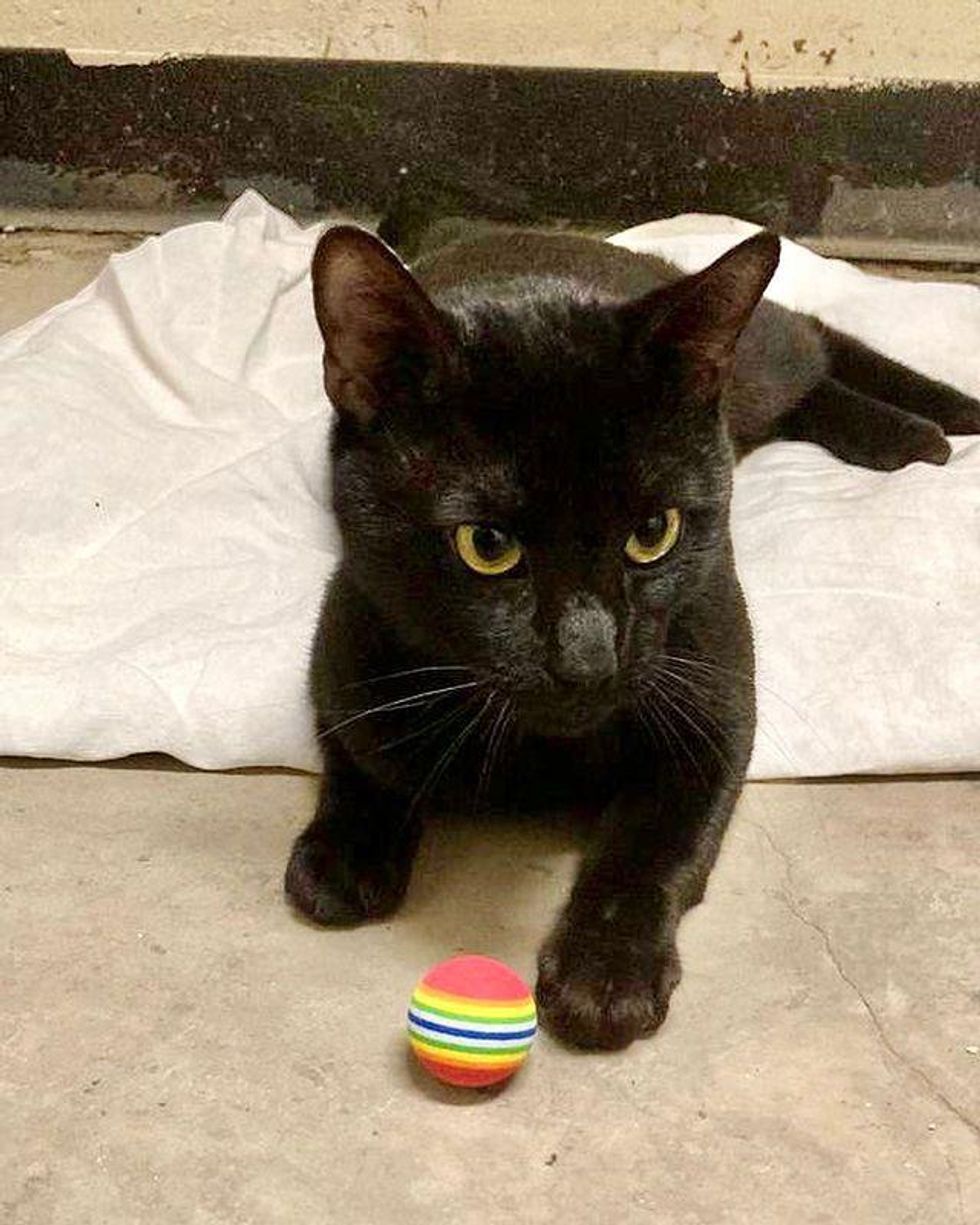 The sweet panther kitty brings smiles and happiness to many people every morning when they come into work. He offers to warm their lap whenever they need a friend to snuggle. He fills every space that he graces, with his rumbling purrs.

After roaming the streets for so long, Mr. Panther is more than ready to find his happily-ever-after. 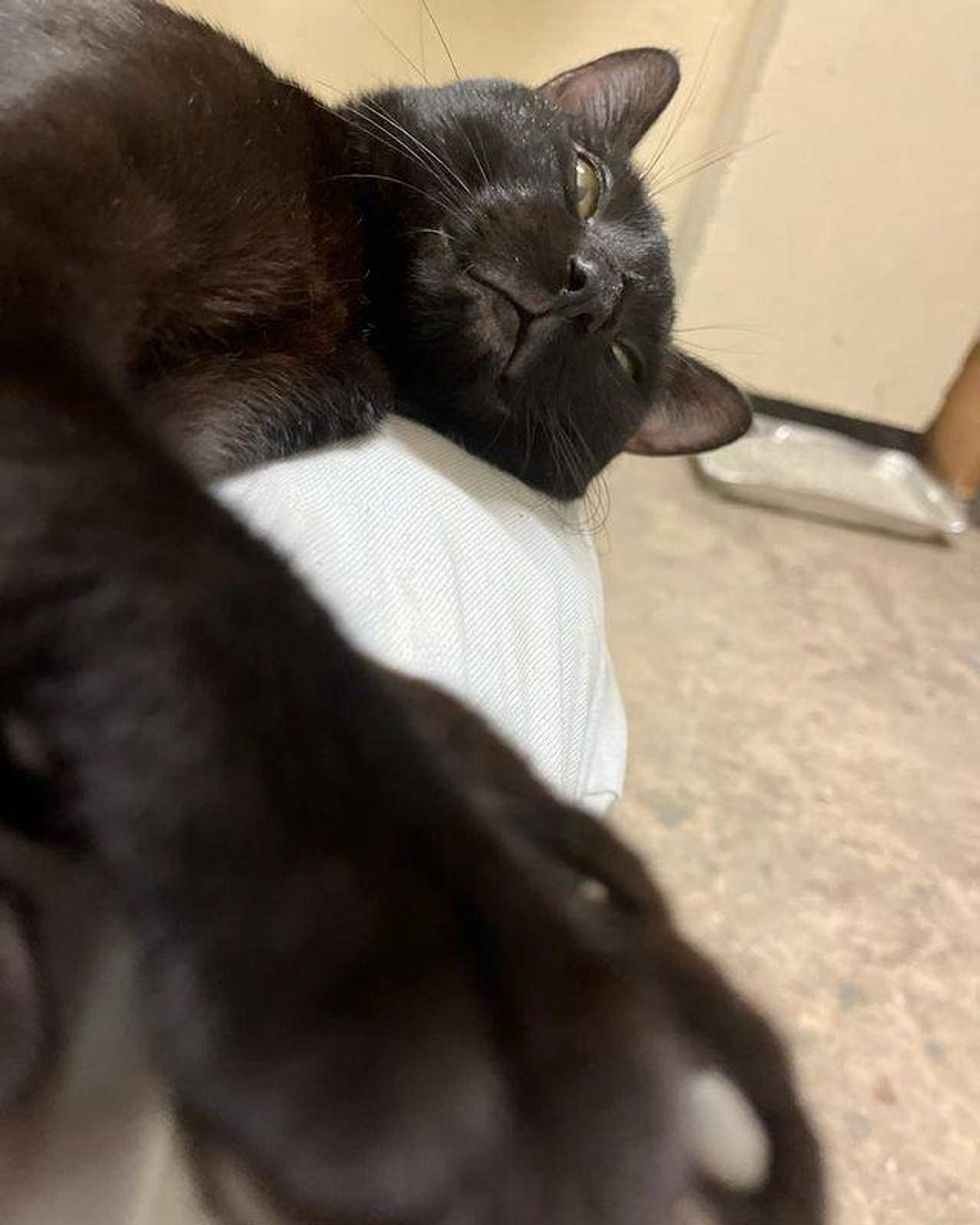 “Don’t let his funny walk fool you. This little guy will run right into your heart.” 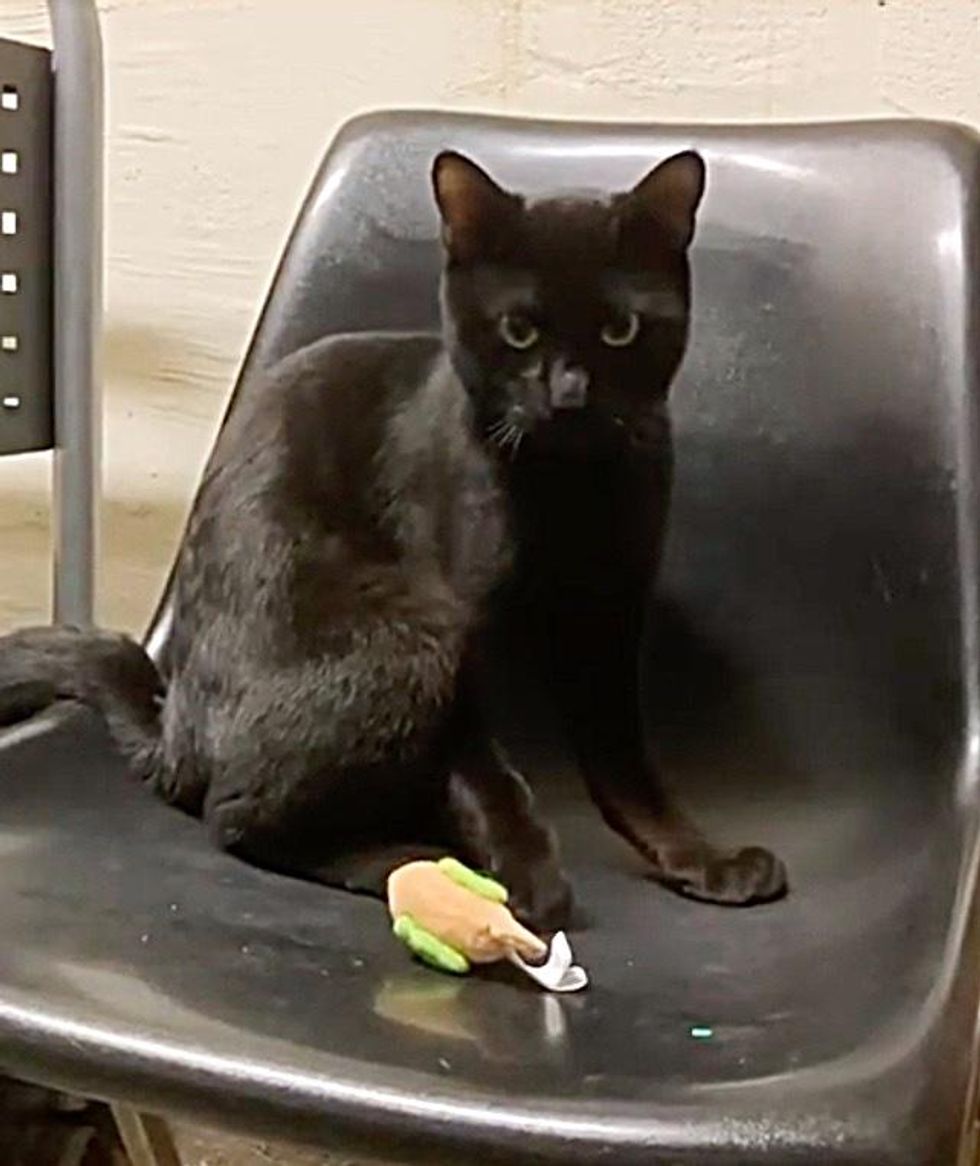 Related story: Orphan Kitten Goes from Hiding Under Blankets to ‘Roaring’ for Attention and Melting Hearts